The “Furetto” represents the first transformation of Iso Rivolta. Renzo Rivolta understood that the Italian public was in need of a cheap means of transportation. He decided to concentrate on a small scooter, while continuing the production of heaters and refrigerators. The first scooter, although comfortable and safe, was not a big success due to its poor performances.

The second iteration of scooters was developed by Ing. Speluzzi from Politecnico, in collaboration with Ing. Scarpa. They created a unique engine design, with a single cylinder housing two pistons. The engine displacement was 125cc, with a 2x38mm bore and a 55mm stroke. It produced 6.7 hp at 5200 rpm.

This engine was used in 1949 to power the “Iso 125”, later called the “Isoscooter”, and in 1950 mounted on the “Iso Moto”, a lightweight version of the “Isoscooter”. The success of these models encouraged the company to produce new versions of the “Isomoto”, the Iso GT and the Iso Sport, which mounted the same engine but had larger tyres. They also offered a heavy-duty, three wheel version of the scooter called “Isocarro”.

In 1952 the Iso 200 was presented. The engine design was the same, but the displacement was increased to 198cc. The larger version of the split cylinder engine was capable of producing 9 hp at 4750 rpm.

The production of small motorbikes and scooters continued until 1962 and Iso F/150 became its last model. In the meantime, the company was undergoing a new transformation, focusing on the changing demands of the boom years, with the production of automobiles. 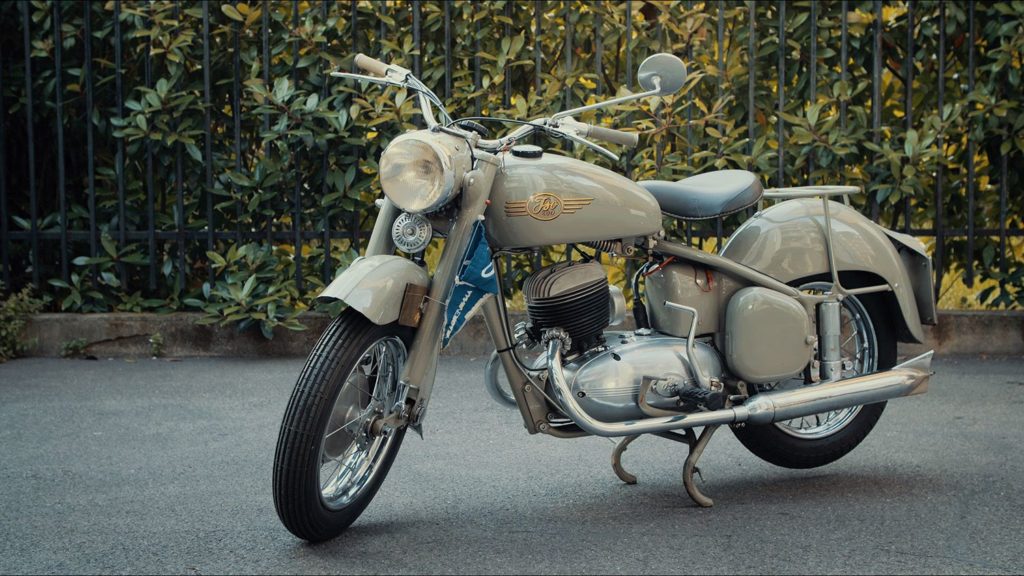 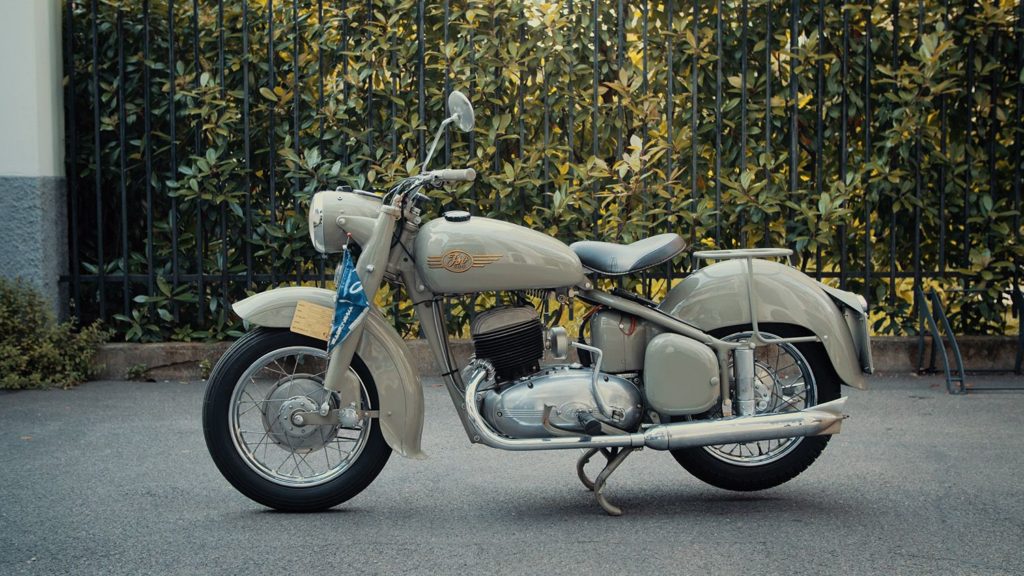 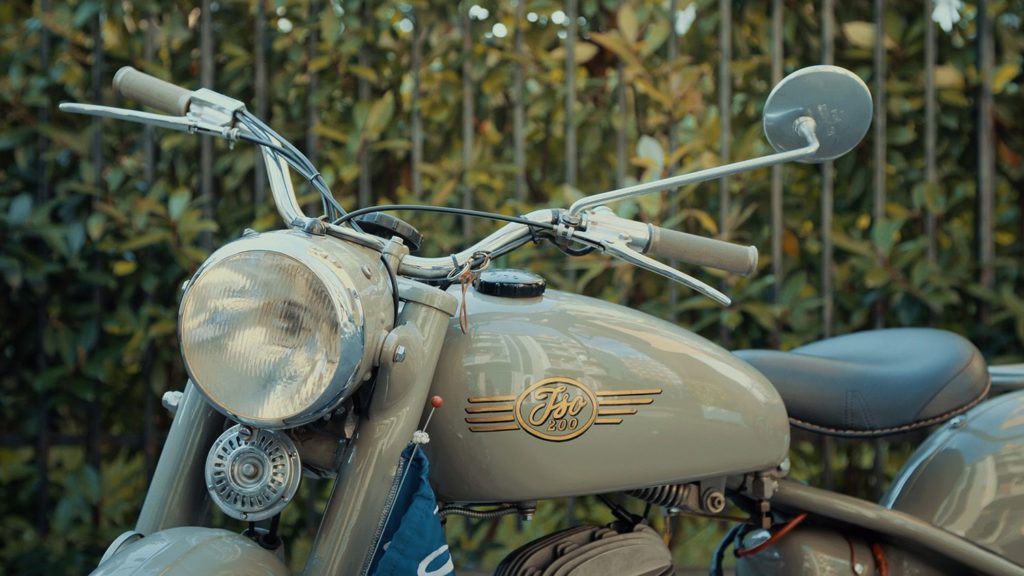 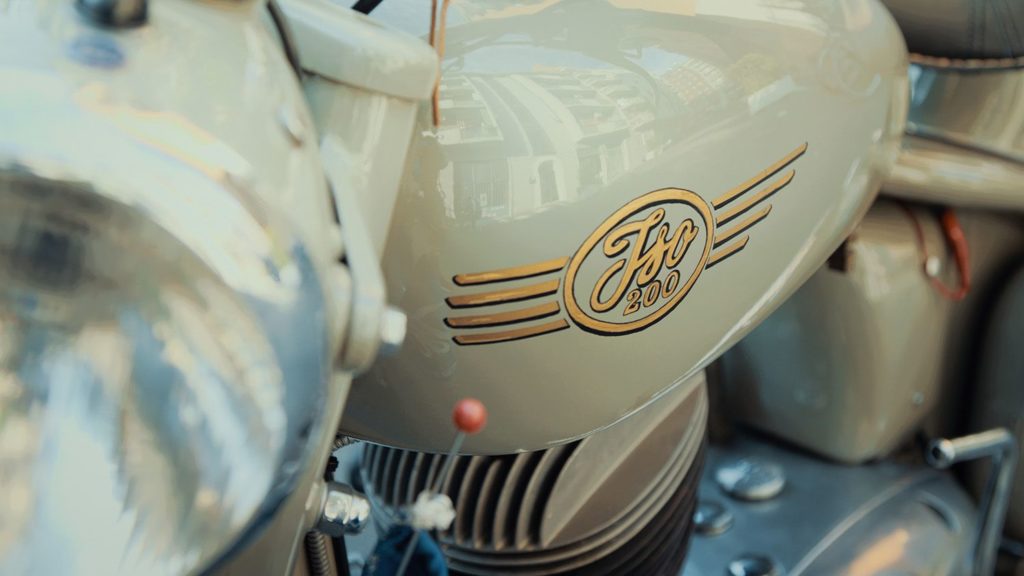 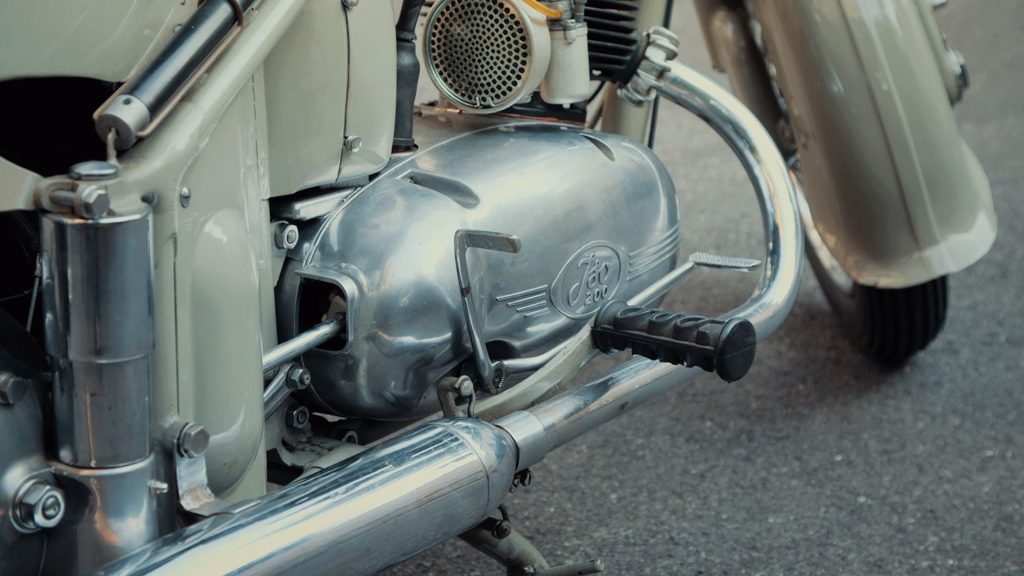 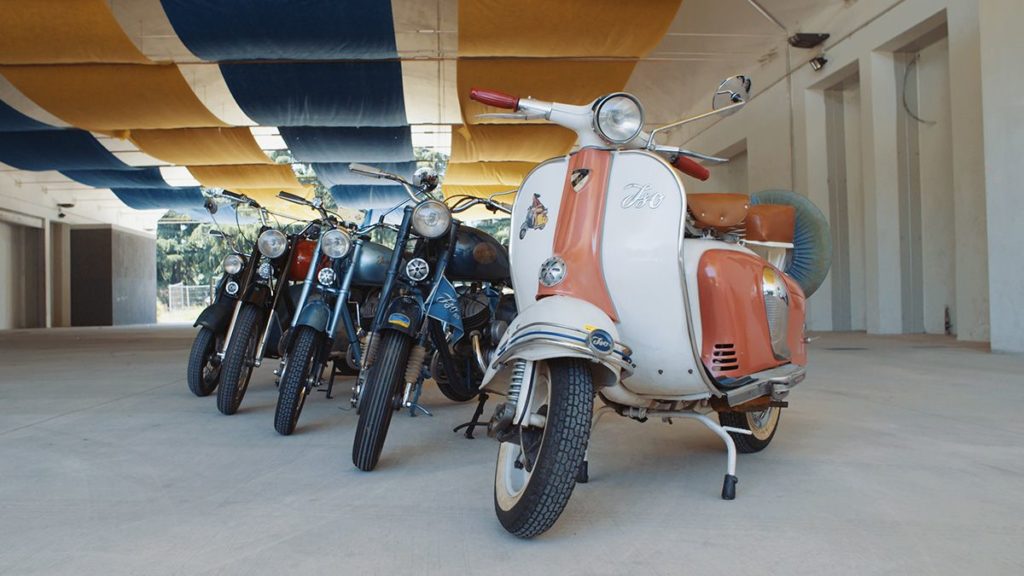 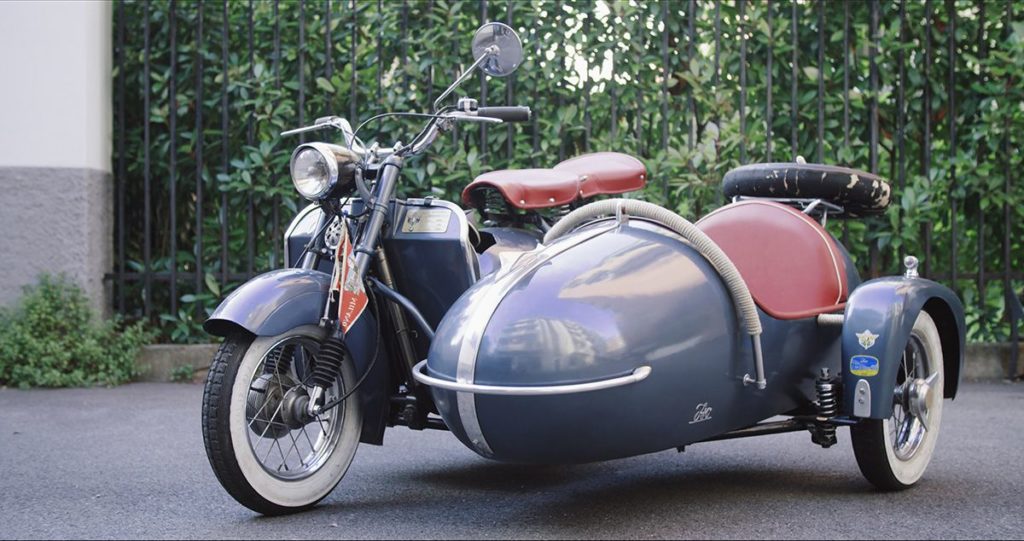 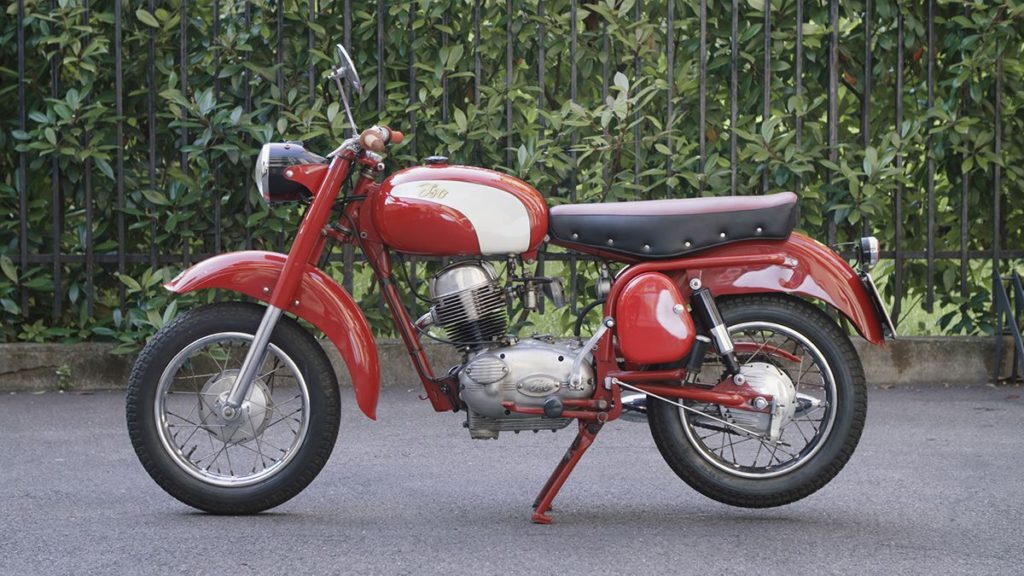 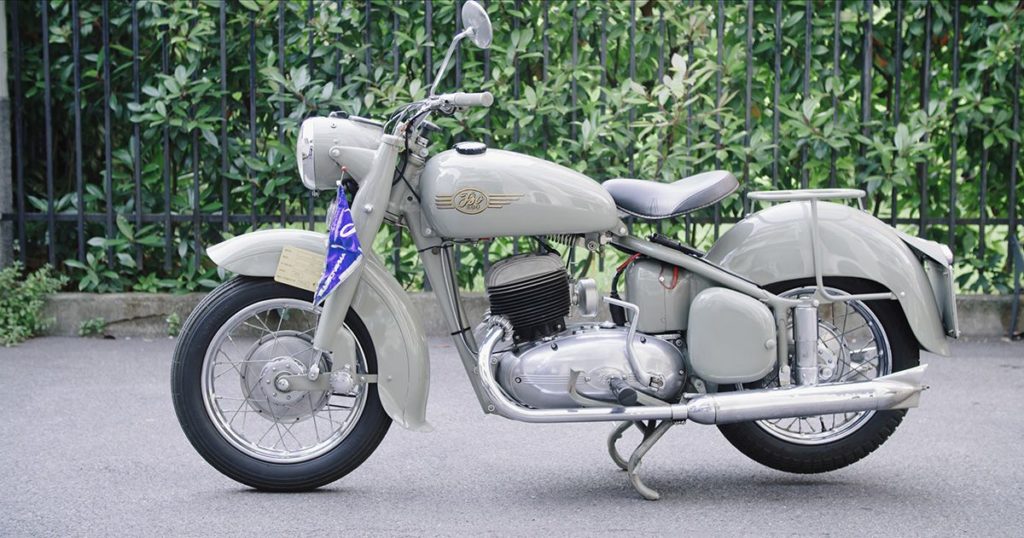 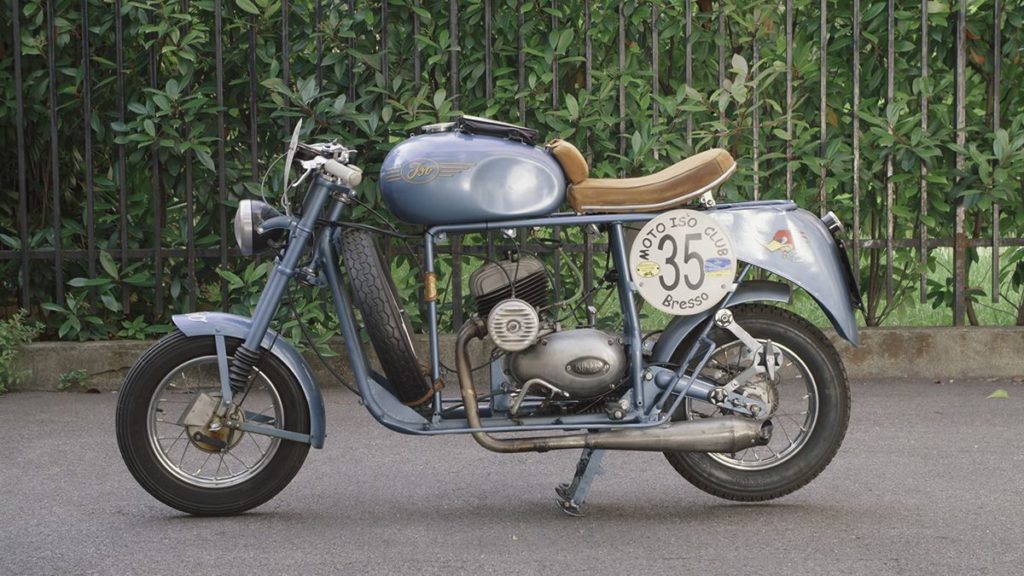 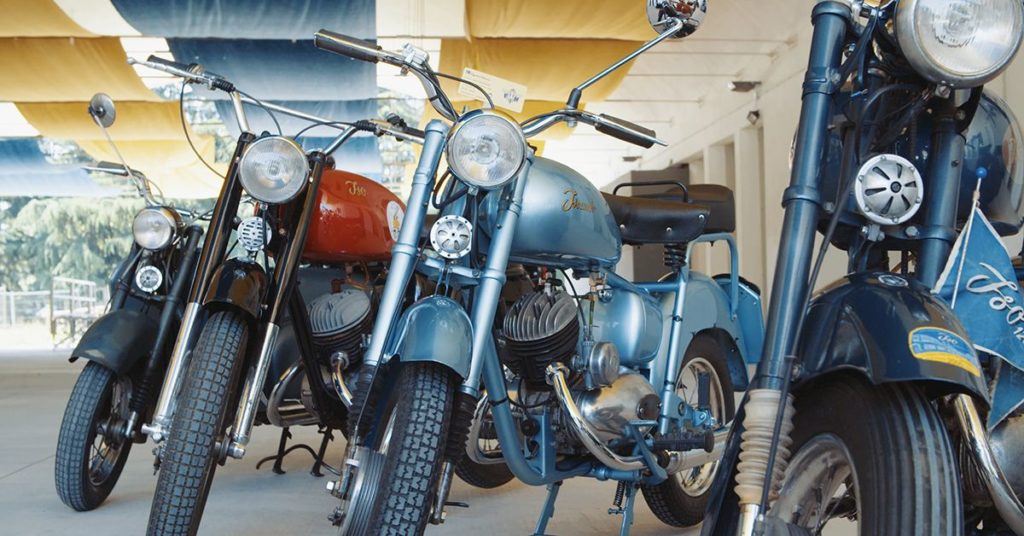 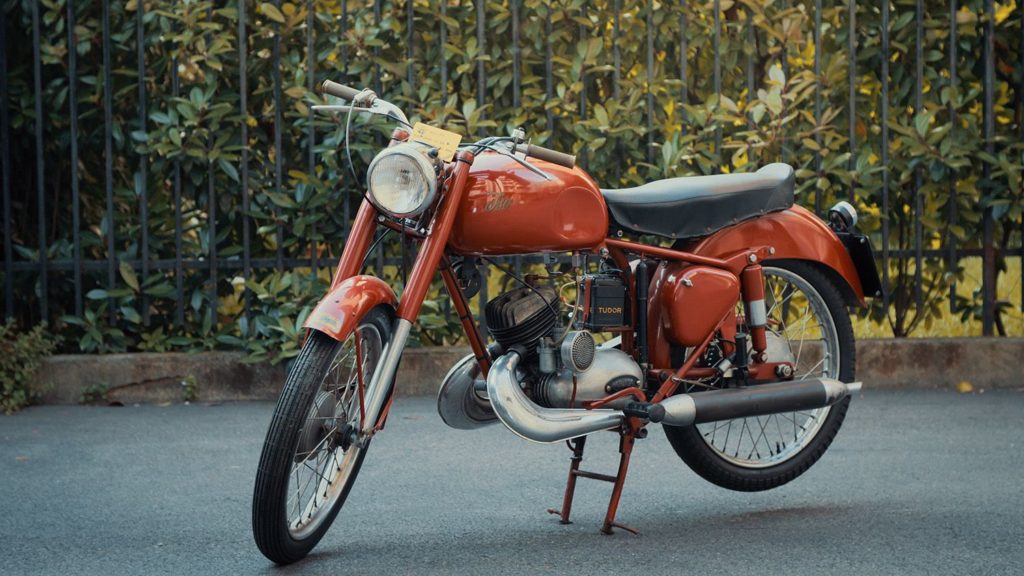 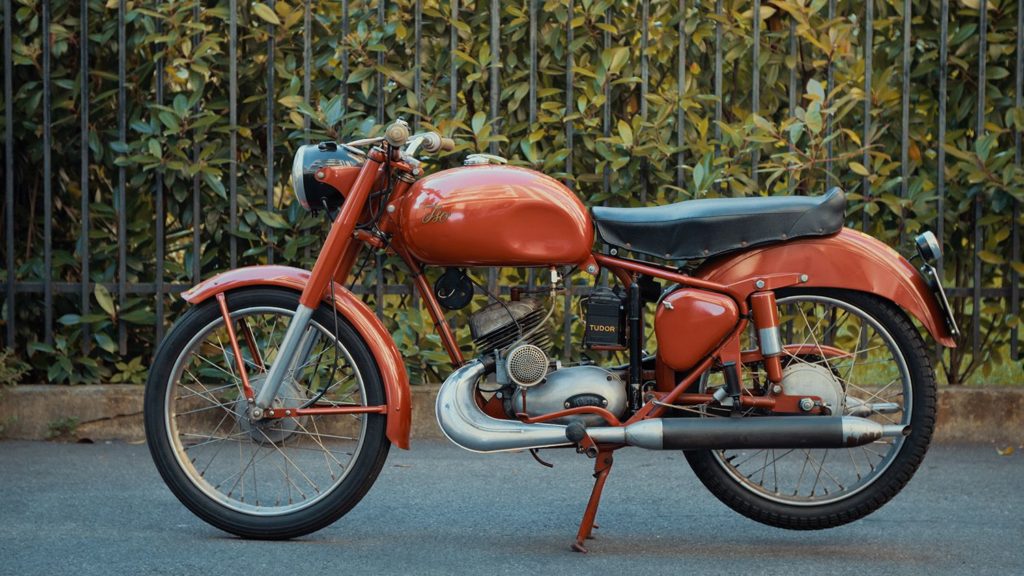 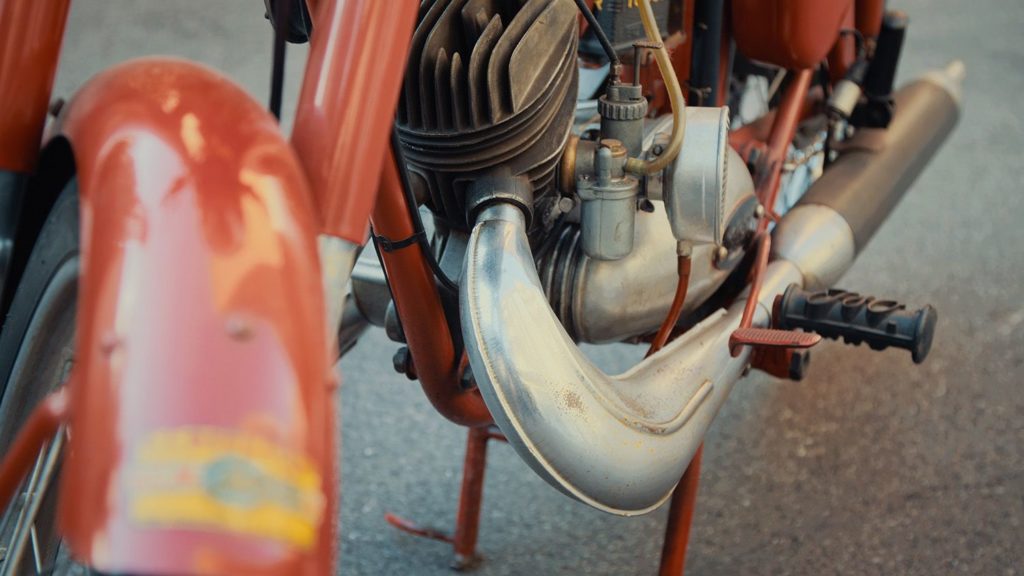