Two men had the same intuition. They saw the changing needs of a recovering society. They understood how life in the city was evolving, with many more cars around, congested traffic and parking problems. They both saw the need for a car well suited for the city, a city car. These two men were Renzo Rivolta and Pierluigi Raggi.

Renzo Rivolta met Pierluigi Raggi at Politecnico, a famous technical university in Milan, where Rivolta usually recruited engineers for his company. Rivolta was looking for someone able to develop his idea of a city car. Luckily for him, Raggi had already been working on such a project in the previous years.

Rivolta wanted a comfortable car. A lot of attention was dedicated to its ergonomics and everything was designed around the comfort of the cabin.

The front door enabled the driver and the passenger to step out of the car directly on the sidewalk, avoiding the incoming traffic. They invented a unique mechanism to allow the steering column to bend while the door was opening. The small dimensions allowed the car to be parked easily and move without problems in the city traffic.

The engine was derived from the split cylinder engine used for the Isomoto. The displacement was increased to 238 cc and produced 9.5 hp at 4750 rpm. Originally the prototype had 3 wheels, but being too dangerous, they decided to use two wheels in the back placing them very close, so a differential was not needed, saving weight, complexity and cost.

Presented in 1953 the Isetta, with its unusual design, did not fail to make positive headlines. The advanced design solutions adopted made the Isetta stand out from the competition.

But being so advanced and unusual had its price. The Italian public did not respond as expected and the little car attracted unwanted attention from big competitors, like FIAT, that did not like the idea of a car rivaling the 500.

At the same time, BMW was in need of a cheap car to sell along its expensive coupes.

The two companies met and the BMW Isetta was born. This car had a huge success and allowed both companies to stay alive. In the following years, the Isetta was licensed to other companies as well and the royalties allowed Iso Rivolta to pursue its ambitious project of developing its new GT. 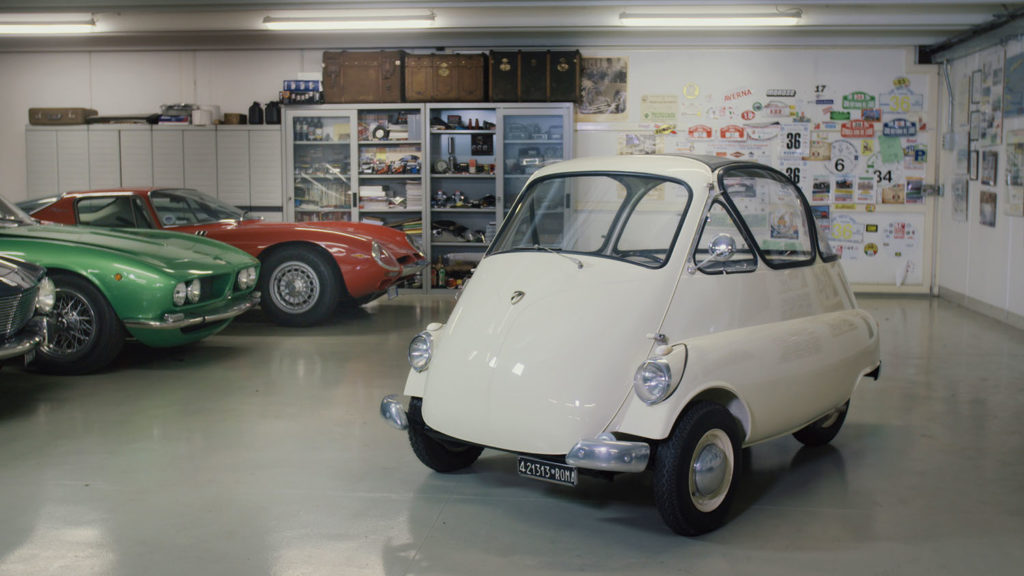 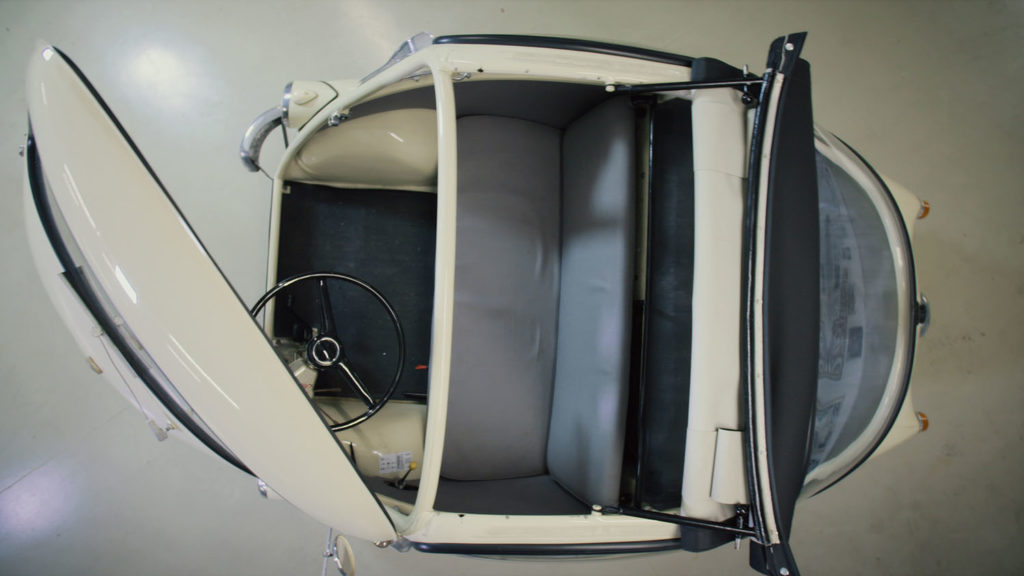 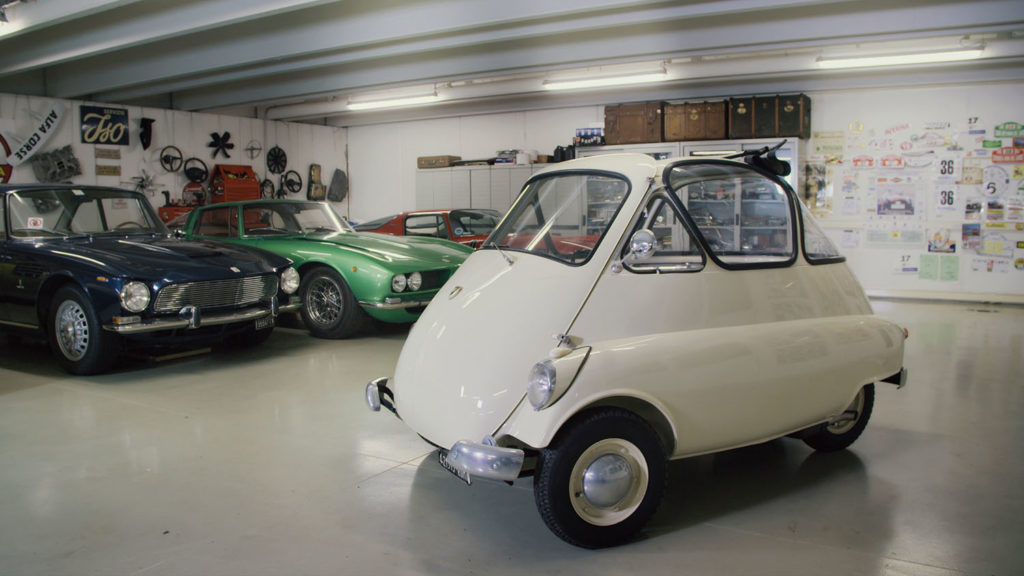 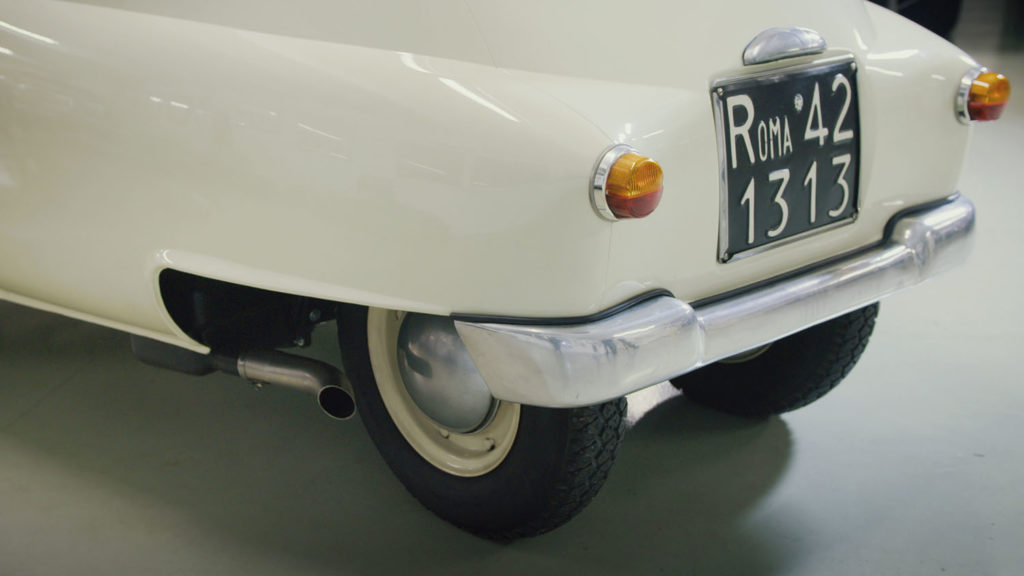 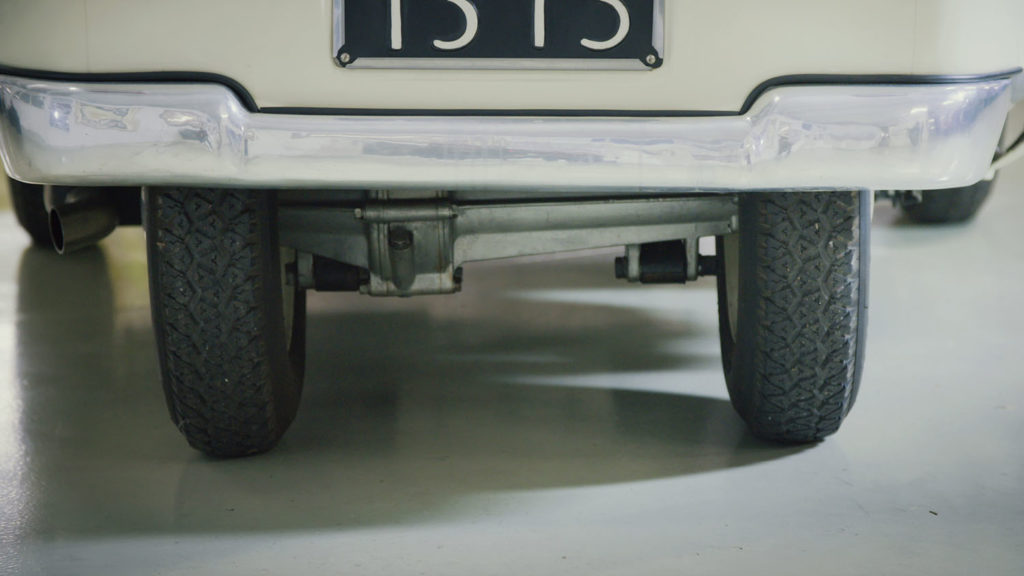 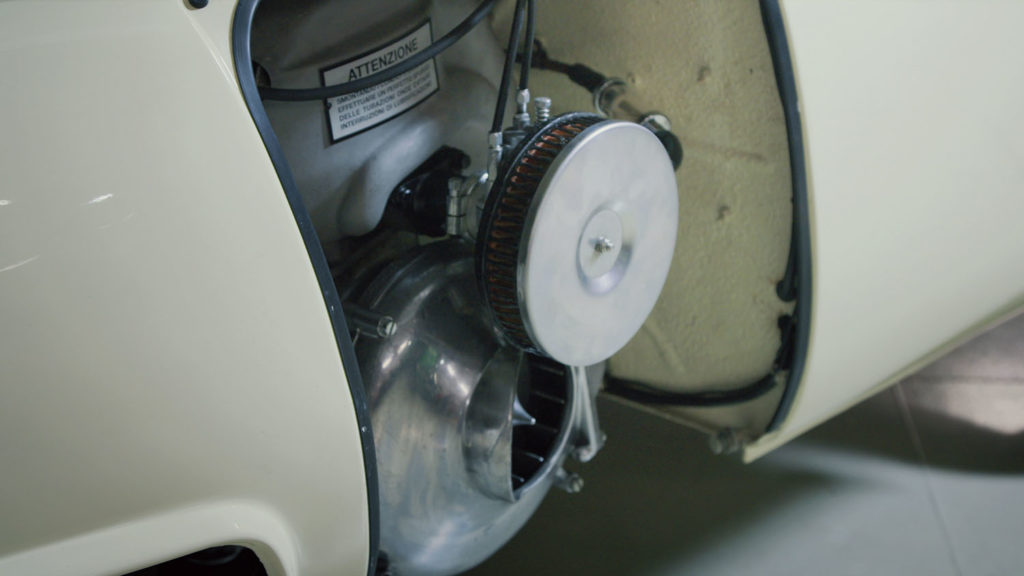 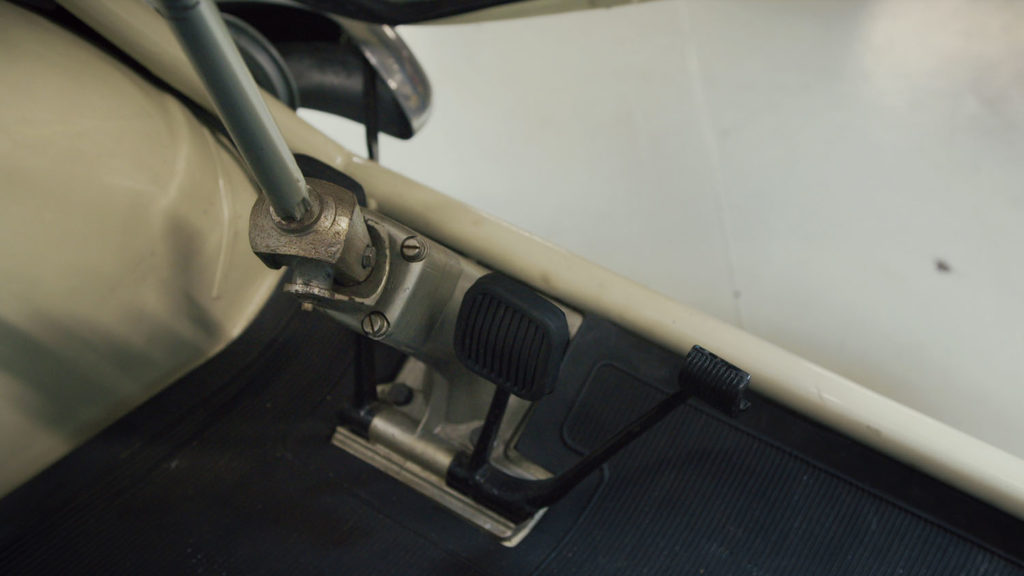 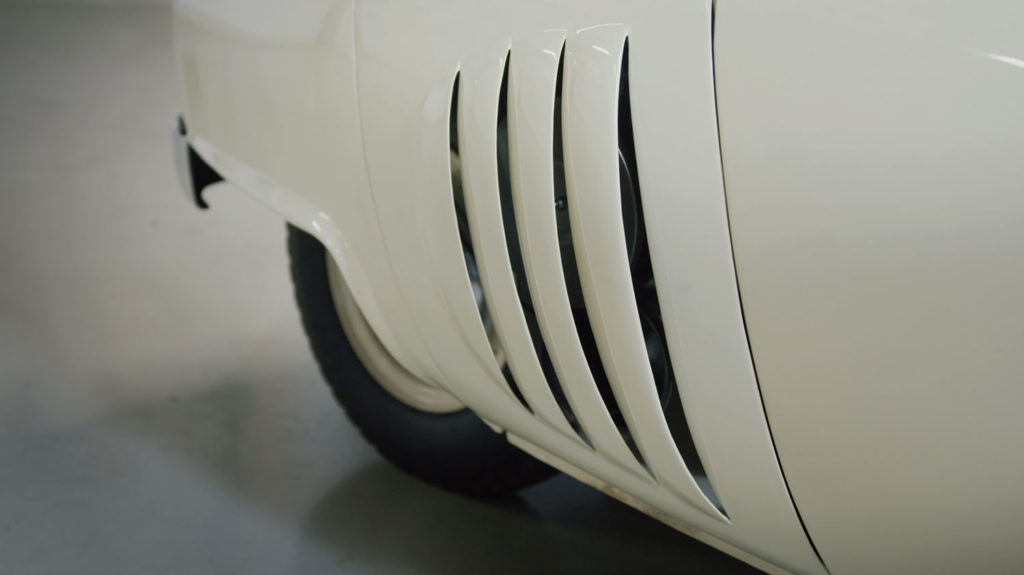 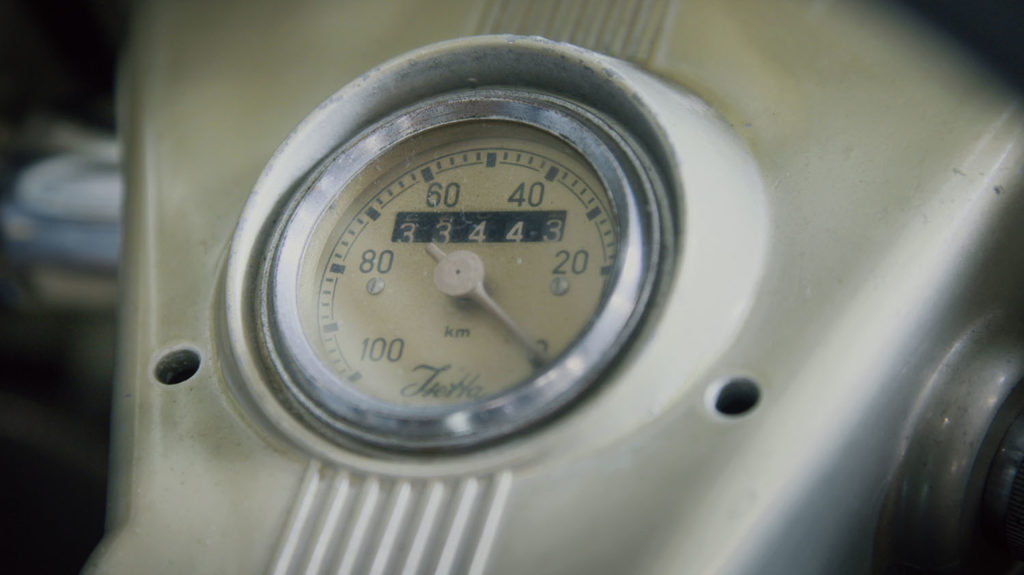 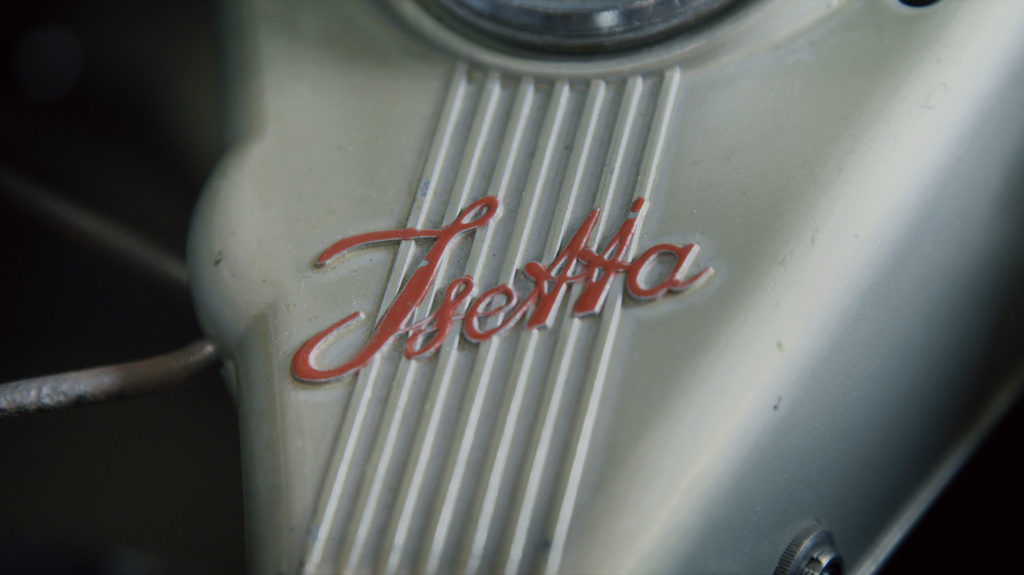 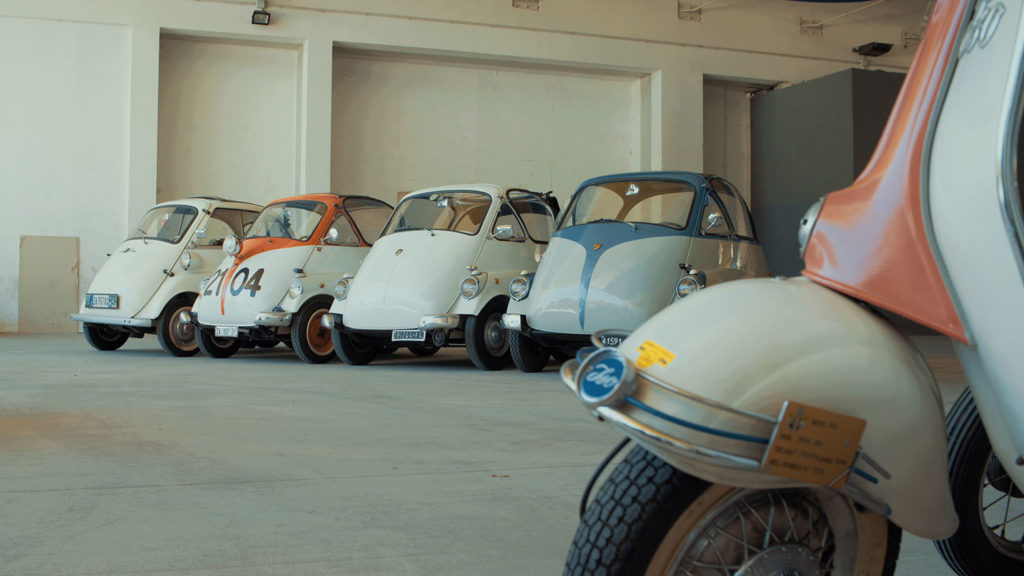 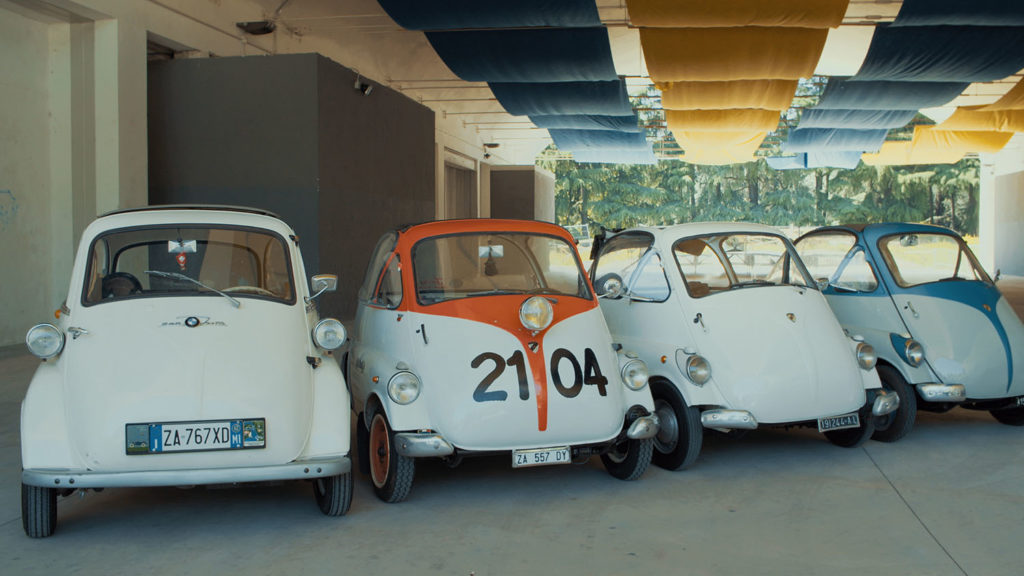 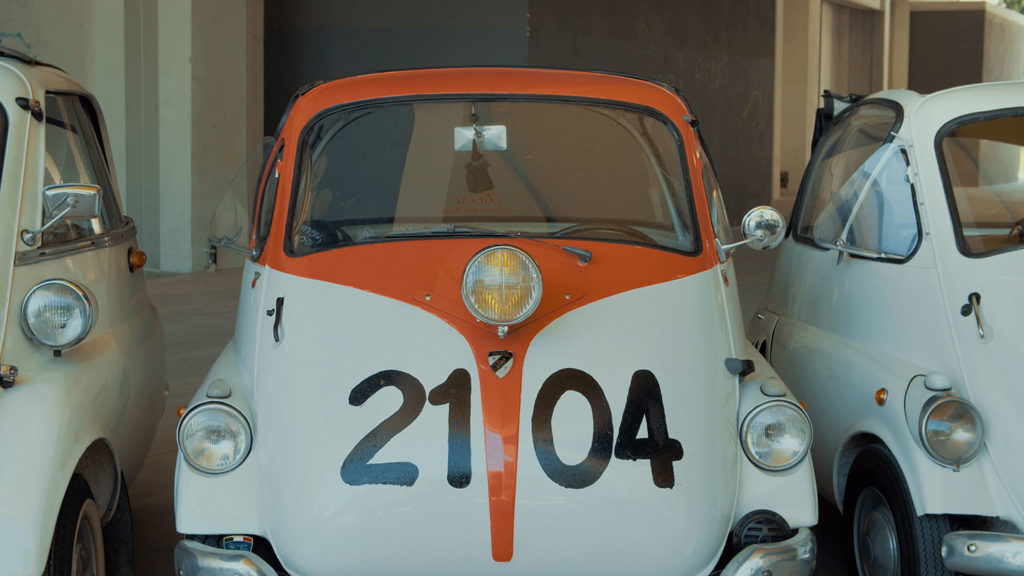 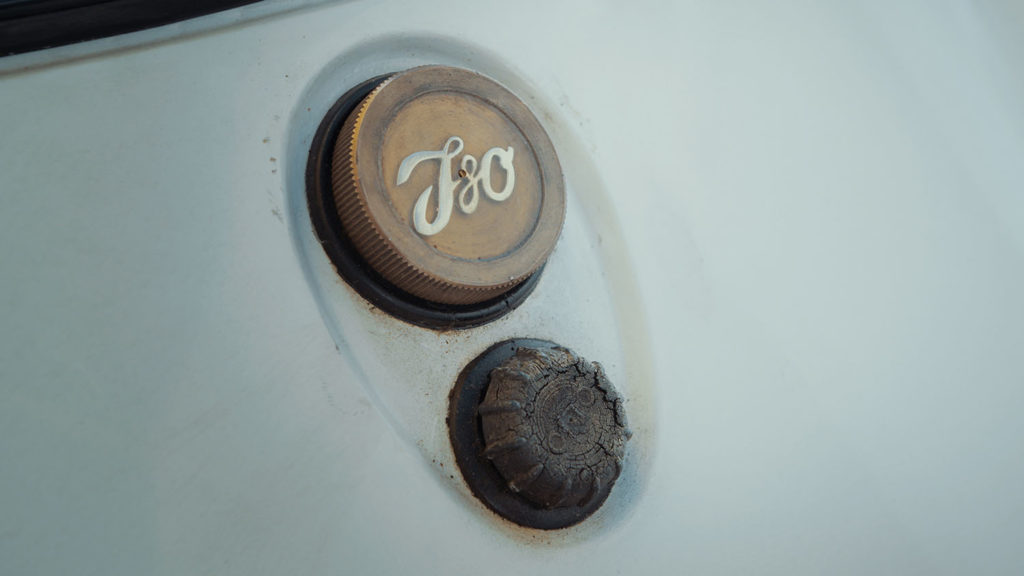 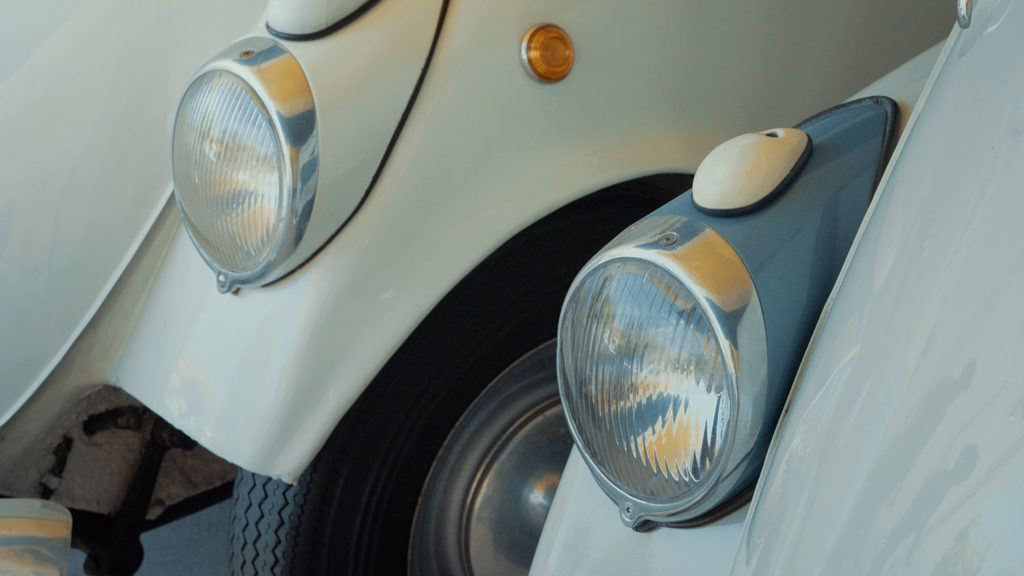 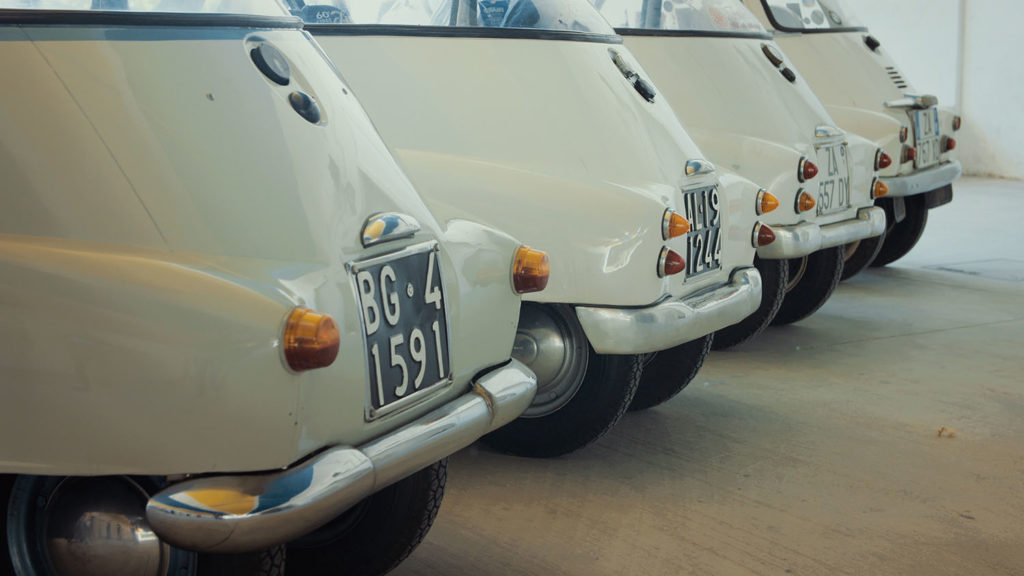 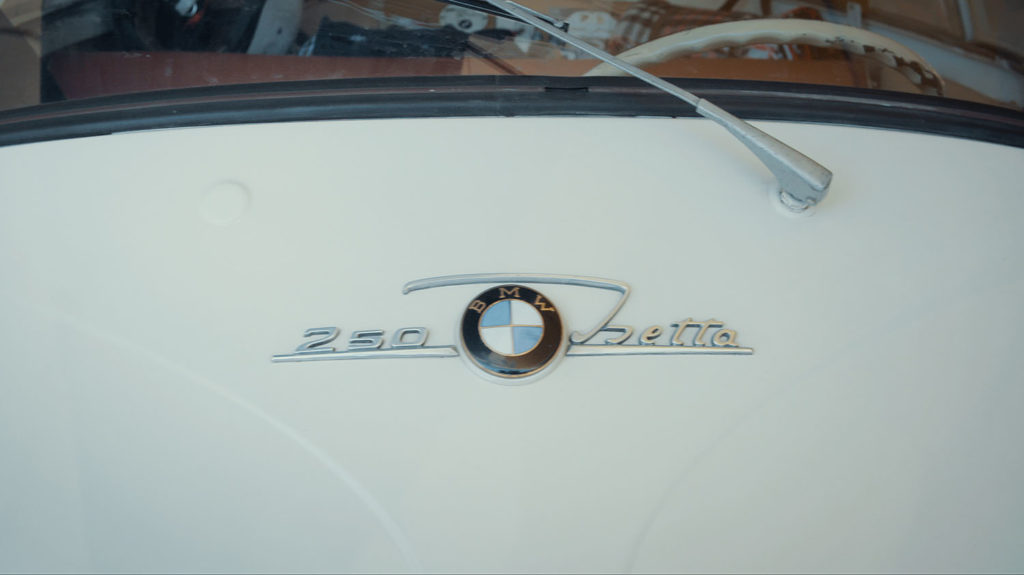